Innovations were never a novelty in the agricultural industry, right from fertilizers to powerful tractors to using the satellites for planning cultivation. Farm automation techniques have been constantly evolving over the years, which can be attributed to the use of advanced farming technology.

The world’s population is growing very rapidly that many researchers are predicting severe food shortages in the next 25 to 30 years.  Food and Agriculture Organization of the United Nations estimated that the world’s food production should see an increase of 70% by 2050 in order to cater to the demands of growing population on Earth. The analysts believe that Internet of Things can play a significant role in meeting this need and thus the agricultural companies and farmers are shifting to IoT. 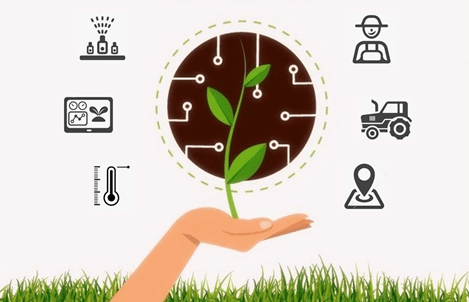 The historical data combined with current data would help the farmers to be proactive and allow them to forecast weather conditions and plan for the next yield in an effective manner. Thus, IoT and Big Data analytics would help agricultural industry to transform in a bigger and better way.

The future of farming lies in collecting and analyzing real-time agricultural data in order to maximize efficiency. According to the estimates of Business Insider’s premium research service, BI Intelligence – the IoT device installations in agriculture will increase to 5 million in 2020. As farms become more connected, the efficiency is expected to improve in the coming decades.

As per the estimates of OnFarm, a provider of connected farm automation solutions, an average farm will generate about 4.1 million data points per day by 2050, an increase from 190,000 in 2014. Onfarm also estimated that effective use of smart farming techniques in an average farm would reduce energy costs by 35% per acre, decrease water usage by 8% and increase yield by 1.75%.

Some applications of Big Data and IoT in agriculture

In the areas of Irrigation and productivity, data gathered by the sensors provide overall crop performance, air quality, soil moisture and water levels. Farmers can use their smartphones to remotely monitor the crops, farm equipment, and livestock. This can help farmers in making decisions about planting and harvesting crops, thereby increasing the overall yield of the crops.

In recent times, sophisticated Drones are being used to survey the field and identify any issues in the farm. Data from these drones are also collected, analyzed and pooled regionally for agricultural study purposes. Specific apps and online portals are used to update the farmers on current market trends.

In the next few decades, technological innovation in farming will become arguably more crucial than ever before. Given the potential benefits of IoT applications in agriculture, smart and high-tech farming will push the future of agriculture to the next level.