The Internet of Things: What You Need To Know.

The Internet of Things: What You Need To Know 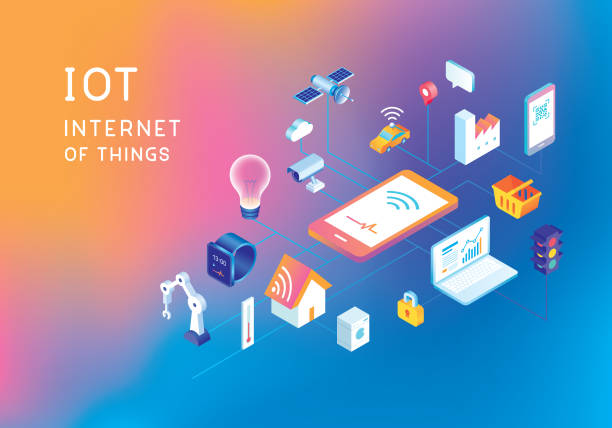 Every morning, your bathroom heater automatically turns on. Your window
shutters open on their own. Your coffee machine starts brewing a cup of coffee for
you. And all of this is not because your house is haunted. This is the Internet of
Things, known popularly as IoT.
A technology utilizing connected, smart devices and machines that used to be
seen in science fiction films and novels decades ago has now become reality. Now
the world is brimming with innovative IoT solutions that can transform any
home into a ‘smart’ home.

IoT first emerged as an infrastructure in the early 2000s. But it’s much older than
that, and is actually the successor of a toaster. Back in 1990, when the World
Wide Web didn’t have its first website launched, a U.S software expert John
Romkey and an Australian computer whizz Simon Hackett presented a toaster
connected to the internet which could be turned on and off online. That toaster is
the first IoT device the world was introduced to.
Today, IoT solutions connect physical objects with the virtual world. The whole
system captures relevant information from the direct environment using sensors,
analyzes the data, links them and performs specific programmed tasks. The users
don’t have to manually take action this way. The heater turns on automatically
after sensing the temperature outside. Your garage opens by itself as soon as your
car is within the sensor’s range moving towards the garage.
IoT systems are certainly complex and they require efficient, just as complex IoT
solutions that link multiple networks with each other.
Applications of IoT

The aim of IoT devices is to make everyday life easier for people, and they achieve
this by streamlining production processes and subsequently improving their
efficiency, reducing power consumption and subsequently preserving the
environment, optimizing traffic in big cities and much more. All of this also
highlights the significance of the IoT solutions managing these devices.
IoT is also proving useful for manufacturing enterprises with ‘digital’ value chains
where products and devices are interconnected. With mostly automated
processes running the operation and with interconnected products and devices,
the next step of manufacturing is executed and malfunctions are identified
automatically.
Essentially, IoT is saving time and cutting costs leading to a super productive
Industry 4.0. IoT’s success was studied by the auditing firm PwC which found
that enterprises are presently expecting their efficiency to be increased by an
average 19% in the next five years.
Though IoT’s usefulness for enterprises is a big deal, the real focus is on the
‘smart home’ concept. Gartner, in 2019, predicted that building automation like
connected lighting will be the fastest growing sector when it comes to IoT.
Automotive and healthcare sectors will be using more IoT elements soon.
E-health devices including fitness wristbands and smart watches are already
trending in the smart devices market.

Though ‘smart cities’ will take some time to become a reality, smart homes are
already in the making. Connected vehicle infotainment is now an attractive
feature for new-gen automobiles. Based on consumer IoT spending alone, IoT is
expected to be the second largest industry segment in the next few years.
All of the aforementioned applications of IoT are obviously contributing to its
already persistent growth while also influencing several other sectors which
includes application development. The demand for stable, secure IoT solutions
has given rise to numerous startups across the globe. Corporate behemoths have

started investing in the technology and are pooling funds for research into IoT
security.
Apart from application development, the growth of IoT also raised concerns
regarding the technology’s security which often comes under scrutiny. Though
proficient IoT developers are building secure IoT solutions, many experts still
believe that security is not up to the mark. This led to the development of a whole
another market segment specializing in IoT security.

Despite the criticisms and scrutiny, efficient IoT solutions are powering over 20
billion IoT devices today. The modern day’s ‘smart’ digital age is now backed by
consumers who are more welcoming to the idea of connected devices making their day-to-day lives easier.
In the coming years, we can expect IoT solutions to bolster security even
further & come up with innovative techniques to keep consumers’ data safe. But till then, let’s just enjoy everything that the Internet of Things has to offer.
Just imagine waking up to a cup of hot coffee, courtesy of your ‘smart’ coffee maker.